1.  We set off to death valley (late) but OMG!! what a drive… the most amazing roads, the most amazing views… it was fucking incredible, Oh… and I now know where the hubcap capital of the world is! 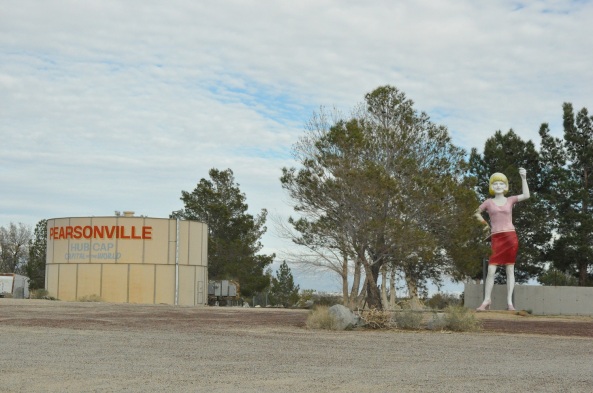 Hub Cap Capital of the World

2. The drive ended at Stove Pipe wells in Death valley… We unpacked, got our ‘tent on’ and took in the views.

3. So, on the first evening we had pocket stew… it didn’t go according to plan, sooo basically it was burgers, onions, carrots & something that used to be a potato! (sidenote: I also had smores for the first time, but I will cover that sensation later.)

4. Being expert campers yet slightly posh, we decided to bring along an inflatable bed (which we discovered was actually an inflatable bondage bed… for some reason.) however it deflated whilst we slept, due to a hole (that we also discovered) in the base… so that’s the start of the hard ground camping for us then!

5. After a few hours of the afore mentioned hard ground, we awoke & decided to grab the chance to catch an incredible sun rise… I haven’t woken up at 7am since I accidentally set fire to my bed in a drunken haze back in 1992! But it was amazing… a great way to start the day.

6. Ok, I have never been outside and had to start a fire, my boy scout experience as a boy involved peeling potatoes for old people & wearing a silly hat! Luckily Kylie is dab hand at lighting fires (which made me a bit nervous as first) as she has been starting them since she was a little girl… Phew (I thought) although to be honest my testostorone levels took a bit of a beating! Breakfast was fried potato, onions & scrabbled eggs (which i repeated every day!)

7. So we went to Mosaic Canyon on our first trip, it was awesome!!! Completley made of marble & carved out by water, thousands of years ago… they were incredible, just stunning! …And then we hit the sand dunes, all 14 square miles of em! The trek was hard and just got harder, by the time we had reached the furthest AND TALLEST dune, we realised that we had miles to trek back …in the scorching Sun on hot sand! Ouch!

8. So when we got back, albeit a bit crispy from our Tatooine adventure we discovered that our food crate had been raped!!! By RAVENS!! …and what did they steal? HERSHEY BARS… Our God damn HERSHEY BARS!!! That meant 2 things: 1) No more Smores. 2) There were 2 hyped up on sugar Ravens terrorizing Death Valley! …who we actually discovered spying us (So we lovingly named them Steve & Guido!)

9. That night, believe it or not we found a shop! In that very shop was Hershey bars… yes! Smores was back on! Anyway, we grabbed a shower in a hotel that was down the road from our campsite & headed to tentsville. We then spent all night having sex… Go team Andy! 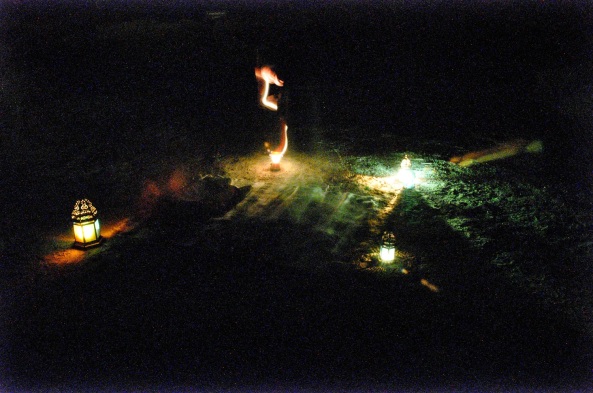 10. The next morning, we woke up to Steve & Guido searching for Hershey bars… so we fed them Cornbread! 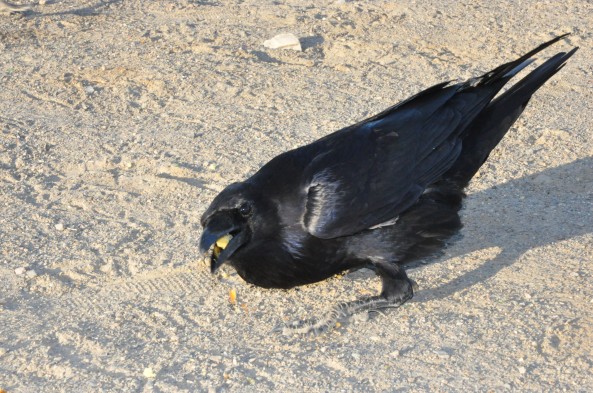