Life on set has been crazy recently, as soon as we wrapped Brad Armstrong’s movie “Underworld” (at the same time we wrapped Bryn Prior’s movie Cowboys & Engines) we moved straight on to TWO Vivid movies “Wetwork” by Eli Cross & “Kimberley Kane, Pornographer” by err… Kimberley Kane.

Anyway, the GREAT thing about the latter two movies is that we got to shoot them in San Francisco.

This pleased me on various levels, I had always wanted to go to San Fran & had ample opportunity to visit back in the day when I was dating an air stewardess but due to my work schedule & various other women I was seeing at the time I always missed out, so the fact I got to see it for the first time with Kylie felt like Karma was giving me a big sloppy kiss & a warm hug.

Well, first off I have to say that staying in a huge house & sleeping on a $15’000 mattress was a big plus but apart from that (he said flippantly) it was awesome…

The thing about shooting for Vivid is that it is like working with family. Everyday on set I spend hours with Kylie, Penny (Pax), Shylar, Steven (ST Croix), Charlie, Kimberley (Kane), Hollywood, Shaun, Gus Gus & Bryn & despite random arguments & miscommunication we all got along just fine. We got frustrated together, we took the piss out of each other, we talked complete & utter bollocks & basically worked out a way of making the best film we could on the budget we had… all without killing each other!

So how do I summarize my time in San Francisco?

Well it was EPIC, my only words of advice are: A) Don’t take a car. B) Have a warm jacket. C) Wear a seat belt when you are in a Taxi. D) Own a pair of comfy walking shoes. (& finally) E) Avoid fire hydrants… they explode! 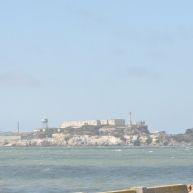 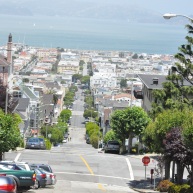 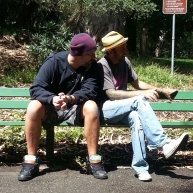 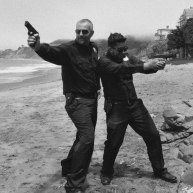