But before I go on, I feel I must first apologize for my rants about never working with Digital again…

Anyway, (for those of you who read my twitter feed) you will have noticed that I have been taking the piss out of them a lot recently, mainly because of their rubbish communication skills & (more importantly) the lack of notice we get when it came to building sets.  But, despite my mockery & piss taking they were still willing to sit down & hear our grievances  & after many emails & discussions we all eventually came to a compromise.

So after all that, I must say hats off to Manwin for listening to us & taking what we had to say on board, if I can only say one thing about them, it’s that they are all very professional, they can take criticism, they learn from their mistakes & then move forward with a positive attitude. Which for any company in any Industry can only be described as a good thing.

BUT let’s get back to the important stuff… what happened on set today?

Jessie turned up on set this morning without a scrap of make up on & was just wearing casual clothes, it was an instant OMG… she is fucking hot! (For those of you who aren’t getting the point yet, the cash money phrase when describing Jesse Jane is… “She is fucking HOT”)

Moving on & leaving her hotness to one side for a moment (after maybe staring at her for a while) Jessie is also a total sweetheart & a real professional, not only does she deliver her dialogue perfectly but she is also willing to throw herself down in the dirt in the process… which today worked out quite well as she got shot in the head.

(Note to self: In hindsight, add ‘spoiler alert’ before certain sentences)

Now what can I say about Tommy Gunn that I haven’t already said before? Tommy is simply awesome & one of the nicest guys in porn (if not one of the nicest guys you could ever wish to meet). I hadn’t seen Tommy in a while & yet chatting with him was like I had only seen him yesterday. He always remembers the last conversation you had, always asks what has happened since then & can literally talk the hind legs of a dog …PLUS he always has new strategies on how to deal with a zombie apocalypse, which let’s be honest, is always handy.

So all in all it was a good day, it’s always great to catch up with Ryan Driller cause he is a funny mother fucker & it was nice to meet Riley Reid for the first time (who not only is very pretty but so incredibly polite), before she left for the day she literally went around to every member of the crew & said thank you… I just wanted to squeeze her to death, it was so God damned cute.

And a final note, I must say thanks to James, Justin, Brent, Dave, Robbie & the rest of the crew.  Despite my initial bemusement of the amount of cameramen on set, you all did a sterling job & everything went swimmingly…. Good Times indeed. Good Fuckin Times. 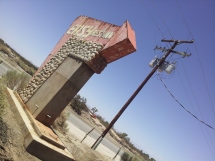